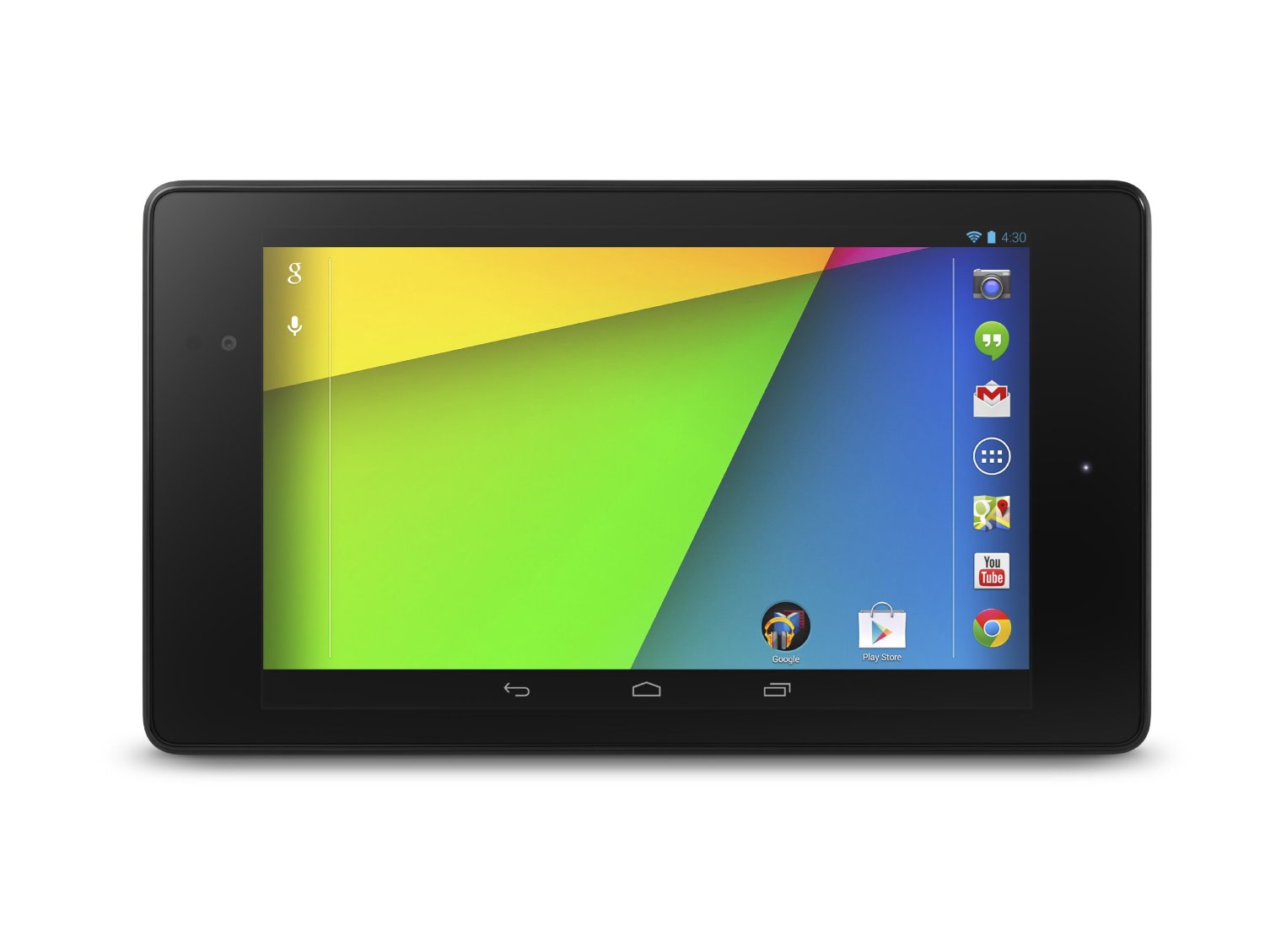 The Nexus 7 FHD features styling similar to the first-generation Nexus tablet. Thin and light, it’s decidedly minimalist in appearance. As far as ergonomics are concerned, the positioning of the volume and power buttons is logical and convenient. Its surprisingly powerful integrated Fraunhofer speakers are tucked away and unobtrusive. While the Nexus 7 FHD’s design doesn’t make a big impression, it doesn’t detract from the overall experience. 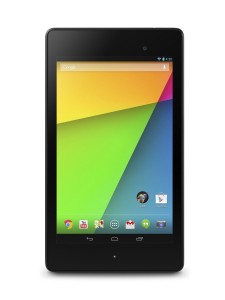 [box_dark]Features[/box_dark]
Equipped with a 7-inch display boasting 1920 x 1200 resolution, 2GB of RAM, a peppy 1.5GHz Snapdragon S4 Pro CPU and a minimum of 16GB of NAND Flash, this tablet packs a punch for the price. Ports include a microUSB 2.0 slot, a 3.5mm headphone jack and Analogix’s SlimPort. Networking is limited to Wi-Fi and Bluetooth 4.0 unless you opt for the 4G model. Just 8.65mm thick and 290g heavy, it’s a lean and economical machine.

[box_dark]Build Quality[/box_dark]
While it lacks the iPad’s brushed aluminum skin, the Nexus 7 FHD is a very sturdy tablet. The new Nexus 7 simply feels tighter than the previous incarnation of the device. Even though it’s light enough to hold one-handed for extended periods of time, construction is rock solid and a testament to the skill of the designers and engineers responsible for the final product. 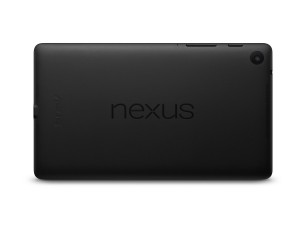 [box_dark]Price[/box_dark]
The Nexus 7 FHD costs $229 for the 16GB edition, $269 for the 32GB variant and $329 for the LTE/HSPA+ model. Basically, there aren’t any other tablets out there that can compete with it in terms of value per dollar spent. Though the Kindle Fire HD clocks in at $199, it lacks the pure Android experience that comes with the Nexus 7 FHD’s marginally higher sticker price. 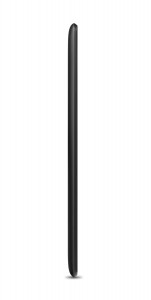 [box_dark]Who Should Buy This Tablet?[/box_dark]
Simply put, bargain hunters looking for an above-average, entry-level tablet with a clean install of Android 4.3 will love the Google Nexus 7 FHD. Thanks to its supercharged quad-core Snapdragon processor, users who prioritize raw power over frills won’t be disappointed either. Ultimately, the Nexus 7 FHD is more than a match for the iPad Mini or any other 7-inch tablet on the market.

You can buy it at google – http://www.google.com/nexus/7/